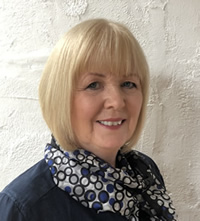 IN RESPONSE to government advice, most groups and organisations in Crosthwaite have suspended their planned meetings and activities for the foreseeable future, and have informed their members.

During the current Covid 19 Emergency, the Community of The Two Valleys (Lyth and Winster) have formed a support group. There is a team of willing volunteers able to offer help to anyone of any age who may need it. This may be a listening ear, regular phone calls, practical help with shopping and collecting medication, setting up laptops, tablets and phones to enable people to engage with social media, maintain social contact, or anything else that people are unable to do, or need to do, as a result of taking precautions against the spread of the virus.
The group is being co-ordinated by Rev. Michael Woodcock.

Whether you need help now, or if you live alone and think you may need help in the future, should you become ill, please ring this number: 016395 68276

THE MINUTES of the April meeting of Crosthwaite and Lyth Parish Council have not previously been published here, however they are included now as they clarify and inform the subsequent developments described in the published minutes of the May meetings. Apologies for any confusion this may have caused.

Full minutes are available on the parish website, www.crosthwaiteandlyth.co.uk

THERE is to be a ‘pop up shop’ in the car park of the Village Hall each Tuesday between 5.30 and 6.30pm, where a range of goods including fresh meat, fruit, vegetables, bakery goods and pizza will be on offer.