The Landowners of
Crosthwaite and Lyth

Rob Petley-Jones (of Natural England) led a mid-summer walk in 2011. He pointed out that we all notice change but we also forget; he suggested that photographs are taken occasionally from the same vantage points around the Township Plantation and Allotment to provide a visual record of changes to the woodland habitat. Further discussion suggested that such a photo record could be included as a gallery on the Parish Website.

I decided to photograph the areas that had been coppiced rather than general views throughout the Plantation. The coppiced area show much more noticeable changes year-on-year in comparison to the established woodland.

The approximate locations and direction of the camera of each photograph is shown on the 'location plan' below; clicking on the points on location plan will provide pictures of the coppice areas for 2011 and 2012. Each location shows the name of the person responsible for coppicing and date when the locations were cleared. It is likely that I have got some of the dates wrong and the locations may need 'tinkering' with. Please advise me of any errors and also any other areas/locations that you think merit consideration

2011
The photographs were taken on a bright sunny day at the end of June which were proably not ideal for providing a photographic record but I trust are adequate.

2012
A hazy but sunny day that gave much better images with far less contrast taken as far as possible from the same location as 2011.

I have yet to photograph the slug but click here for some pictures and a bit of information on the Ash-grey Slug or Limax cinereoniger.

Click on the location on the plan below to go to relevant pages and photo record. 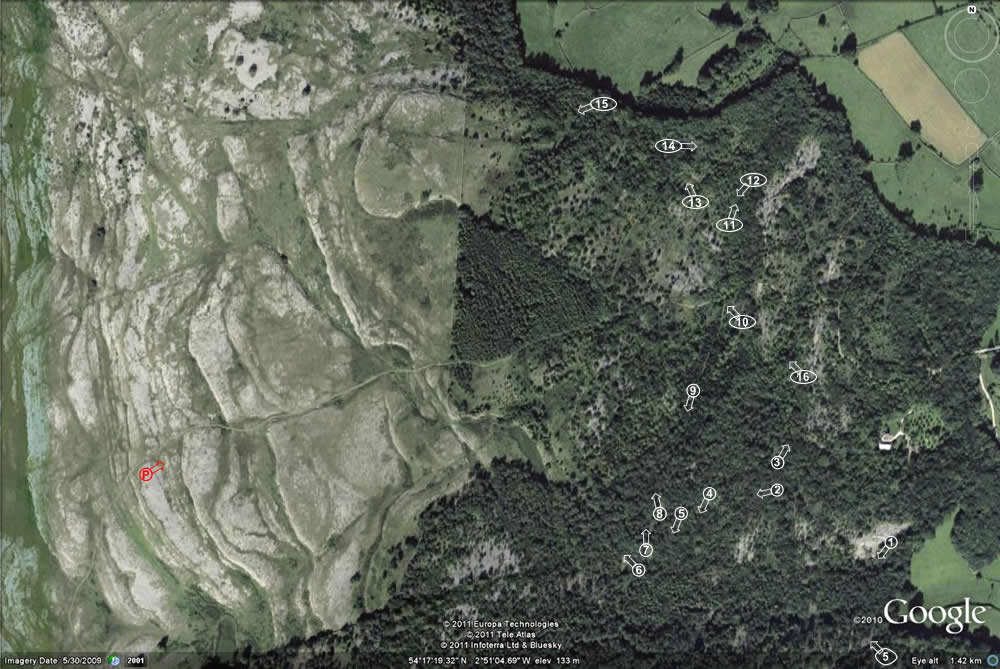